« Delightful reconstruction of the deeply fulfilling, late-life romance of the French novelist with a devoted, younger engraver.

Obviously a labor of love, this work by the accomplished French biographer Bloch-Dano (Vegetables: A Biography, 2012, etc.) is highly entertaining and original. The author sees her job as reassembling the life of her subject from scattered pieces and “the ravages of time” and then, if all else fails, using her imagination to fill in the details much like a novelist. The result is a series of pointed assertions like light bulbs going off in her head, questions and switching to the present tense, all while sticking to the courageous, romantic spirit of her subject. George Sand was in her mid-40s when her son brought his engraver friend Alexandre Manceau to spend the holidays of 1849 at her beloved ancestral home, Nohant. A famous novelist and playwright, she was now bone-weary after the failures of the socialist revolution of 1848, into which she had thrown herself, and strapped by debts and squabbles with her headstrong daughter. Nohant had always served as her refuge, in between bruising stints in Paris and maternal love affairs with a series of “men-children.” Bloch-Dano ably portrays Sand’s attraction to the 32-year-old engraver, a man of modest beginnings and much talent, highly intuitive, intelligent and devoted to Sand. Manceau not only took over the theatrical productions at Nohant, but also assumed the role of her secretary and copyist, living with her for 14 years while plying his commissions as a sought-after engraver. Bloch-Dano’s portrait is poignant and beautifully researched.

A love story probably suppressed by Sand’s resentful son, brought here to vivid life in the hands of her capable biographer. » 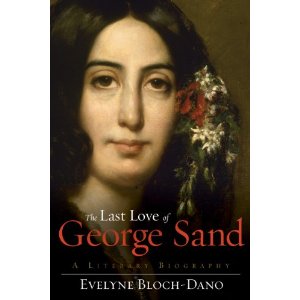